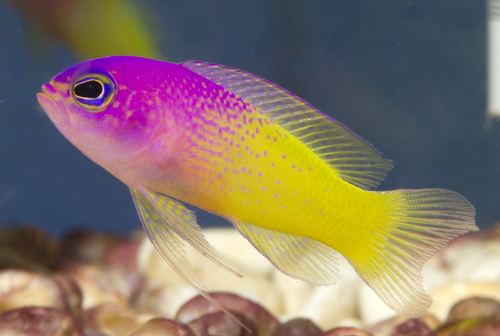 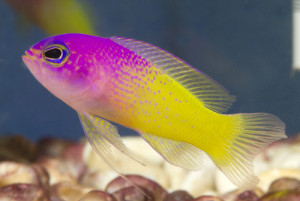 Todd Gardner at the Long Island Aquarium has added another first to the long list of species that was first bred at the aquarium. Todd successfully breeds and raised the larvae of the expensive deep water bicolor basslet, Lipogramma klayi.  The stunning fish has been dropping in price over the last few years and can now be bought for under USD1000.This is in large part due to the Curacao Aquarium Submarine being able to catch them in larger numbers than before.  It is however far from a cheap fish and there is no doubt that aquaculture of this fish is a worthwhile goal as more aquarists deserves to get to know this little beauty.

Todd Gardner says that the fish is not that hard to spawn and the fry is easier to raise than many other species due to a relatively short 4 week larvae stage. That is about the same time (a little bit longer) it takes for a clown fish to develop from larvae to fry.

A challenge to anyone who wants to breed them commercial is the fact that each batch of eggs seems to contain a mere 1 to 5 five eggs.  This might be a problem for large scale operations but the species might still be a tempting option for any hobbyist who wants to breed these fish to make a little extra money. At around USD 800 each they are not unobtainable but can still give a nice addition to the aquarium budget. 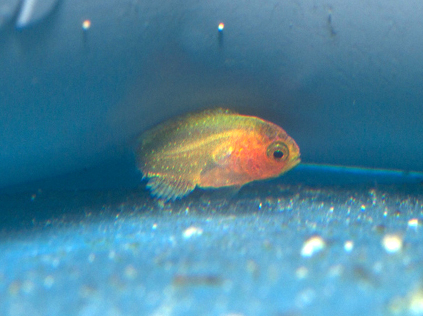 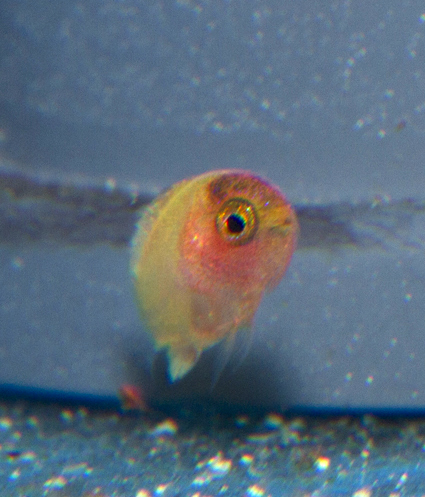 You can read his original announcement here.