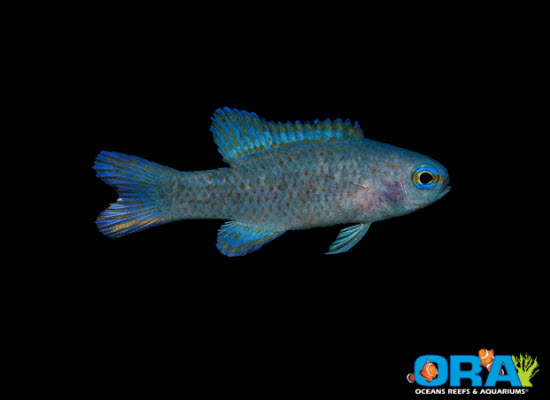 ORA has released captive bred Randall’s Assessor to all of its resellers. The fish is now being shipped around the world and you might see the first fish in your local store later this week or early next week. The Randall’s Assessor is rather rare in the aquarium hobby and as such you can most likely expect these fish to be a bit more expensive than some other captive bred fish. Do not be surprised if these fish comes with a price tag of above USD 100.

ORA first acquired their Randall’s Assessor last year. The broad stock was acquired from Blue Harbor in Japan. ORA had almost immediate success with this species, something that shouldn’t be a surprise considering that ORA now have bred all known and kept assessor species. In December 2012 ORA announced that they had the first batch of fry going through metamorphosis and that they were about to change the focus of the breeding effort to ramp up numbers so that they could be released to the public. Something that they now, a mere 10 months later has been able to achieve. This feat was made a little bit easier by the fact that the Randall’s Assessor is a nest spawning species that produce large nests and quickly reach sexual maturity.

Randall’s Assessor is an excellent addition to most aquariums due to its relatively small size and its calm behavior.