Lighting: Moderate and Moderate to High

Flow: Moderate and Moderate to High

Hammer corals will have a base that consists of an exposed calcified skeleton structure.  At the end of this structure will be individual fleshy heads with polyps on it. The tips of the polyps will typically be a lighter color as compared with the rest of the polyp. The heads can be a within a range of colors ranging from green, pink gold, and brown As this coral grows, the heads will split and the skeleton base will branch almost like a tree grows.  The polyps on the heads of this coral will look almost like the head of a hammer which is where its common name originated from.  These corals can sometimes be mistaken for a Torch coral or a Frogspawn Coral.  The appearance of the polyps on the heads will allow you to properly identify a hammer coral. 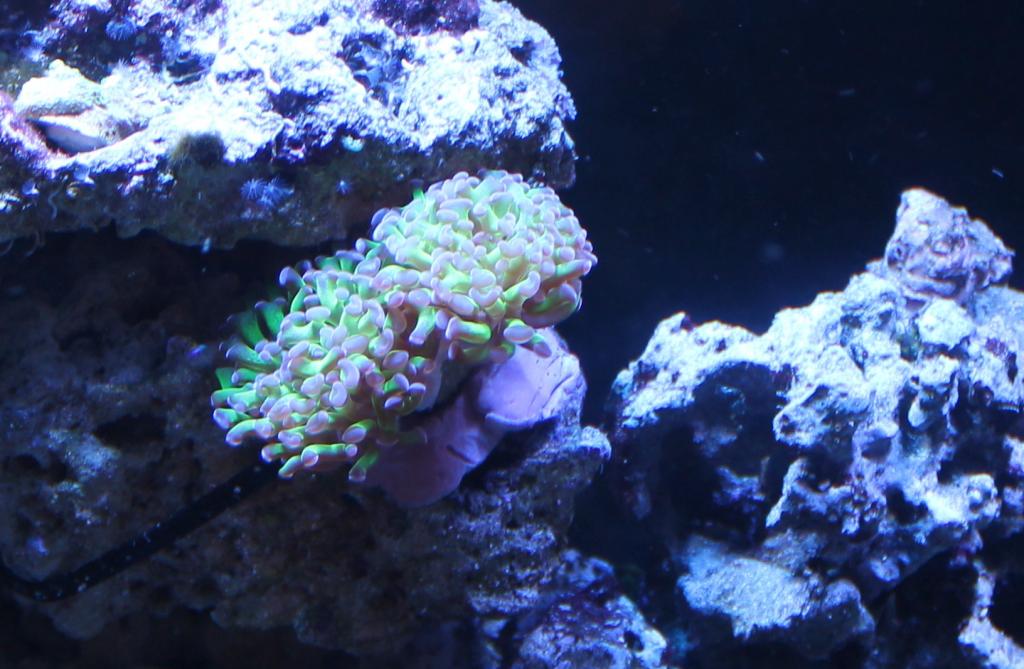 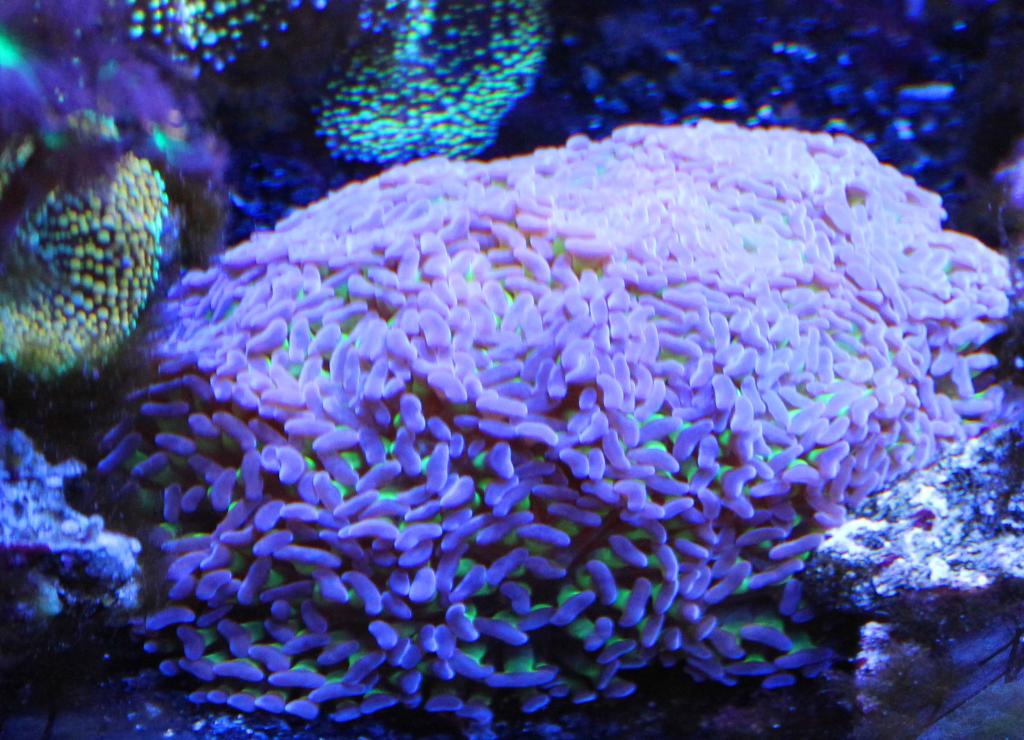 The below link highlights typical water conditions hammer corals, as with most LPS, will require.  As this is a moderately difficult coral to keep, you should ensure your dKH, Cal and Mag levels are maintained at all times with minimal nitrate and phosphate levels.  As this coral also has a calcified skeleton, it will consume calcium from your water.  In set-ups with a good amount of LPS corals, it is not uncommon to have to dose dKH and Cal in order to keep the water parameters in line.  With only a few LPS corals, a good water change schedule may be enough to maintain your parameters.  In addition to the article in the below link, this coral can also benefit from maintaining strontium levels if you do not have a good water change routine using a very good quality salt.

Hammer corals, as with all other LPS corals, should be added to mature aquariums. Provided all their requirements are met, they can grow to a colony about the size of your average basket ball within a few short years.  Unless you are planning to move or frag your hammer coral, you should give it as much as 30 inches of space in your tank.

Although the hammer coral will get what it needs from the lighting in your tank, it can also benefit from micro plankton or manual feeding of small pcs of meaty foods placed directly on the mouths at the center of each head.  Even though manual feedings are not required, it will help to accelerate growth.

Clownfish have also been known to host in hammer corals in aquariums that do not have anemones.  Although this will not harm the clownfish, this can sometimes stress the coral to the point where some of its heads could die off.

As with all corals, the exterior slime coating can be a skin irritant or even highly toxic to humans so please, handle all corals with care.  I would recommend wearing rubber gloves whenever you handle corals

Hammer corals can be fragged with very good success.