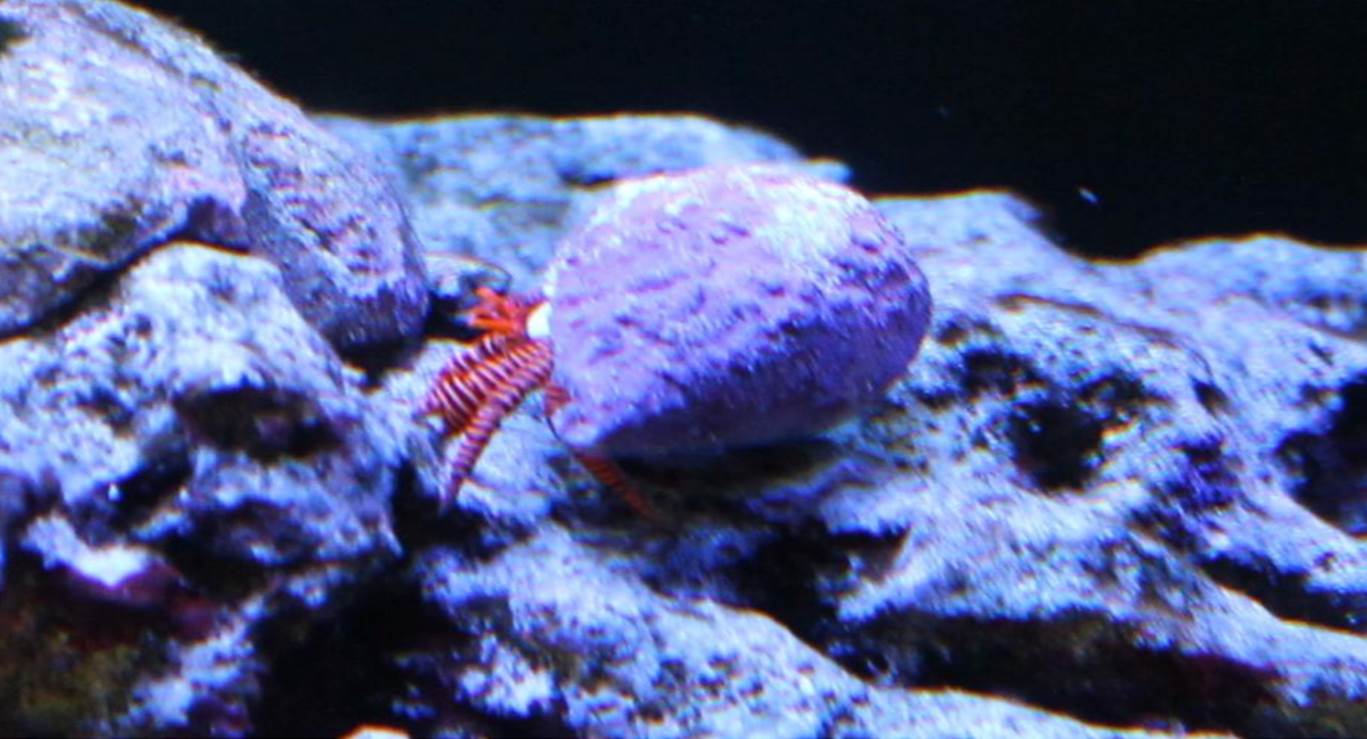 Holloween crabs are very good little scavengers and good members of almost any clean-up crew.  They will eat any uneaten food they find along with green algaes. They can also help to keep the substrate aerated as they shift through it in search of food. Halloween hermit crabs will remain fairly small, typically maxing out at around 2 inches not including the size of the shell they pick to live in. As with all types of hermit crabs, the Halloween hermit crab will find a shell to fit its body into offering it some protection from predators.  They are a bright orange color with red strips with black edges in the legs. 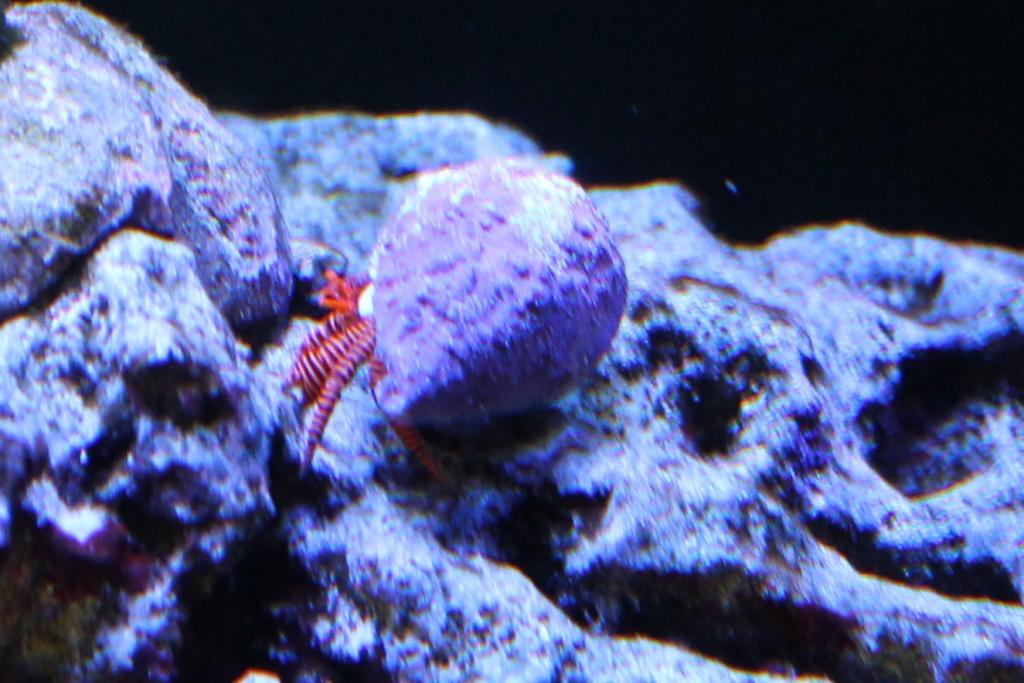 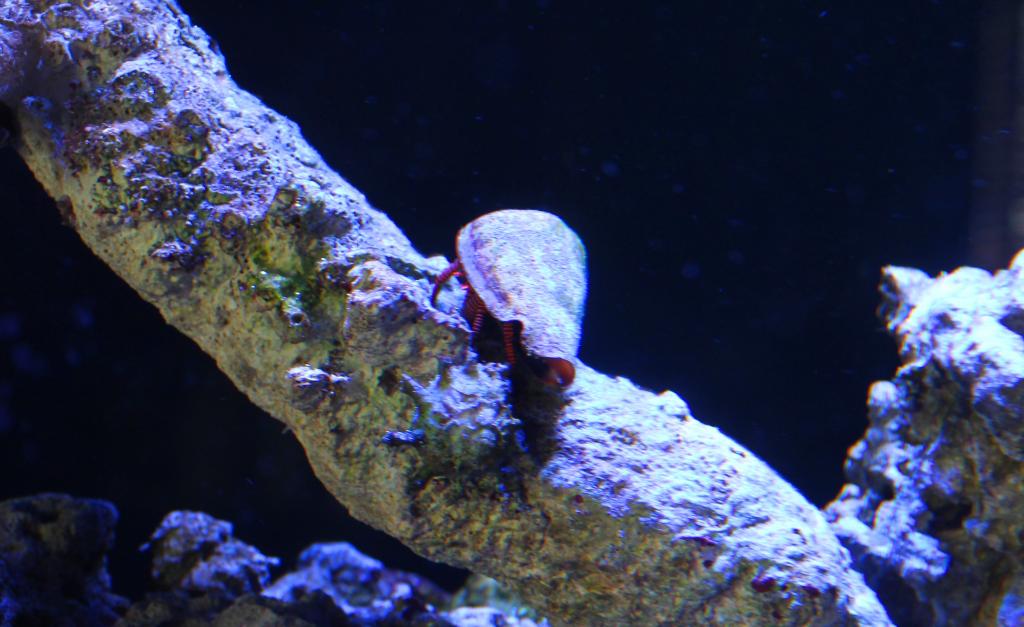 Halloween hermit crabs do best in aquariums with a lot of live rock as well as substrate for them to rummage through.  They prefer to hide in or near the live rock when the tank lights are on and come out into the open to feed when the tank lights are off.  Once they have settled into their new aquarium home, they spend a lot more time out into the open with the tank lights on in search of food in the substrate and on the rocks.  They will best in mature set-up or new set-ups with green algae for them to eat.  Provided there is enough algae and food to sustain them, the Halloween hermit crab is suitable for aquariums as small as 20 gallons.  You will also need to ensure there is always a constant supply of empty shells for the Halloween hermit crab to use as they continue to grow to help prevent any aggression

Trace amounts of copper based medications can be lethal to the halloween hermit crab.

I would refer you to the below article for the typical water conditions that a Halloween hermit crab will do best in.  While they are very tolerant to less than ideal water parameters, the will best in the long term with good and stable water parameters.

As Halloween hermit crabs are omnivores, they will do best in an aquarium with green algae for them to eat as well as some meaty foods.  Halloween hermit crabs will eat a lot of green algae growing in your aquarium as the biggest part of their diet.  This would include all types of green algae, hair algae, and macro algaes. If the algae level drops to the point of there not being enough in the aquarium for the emerald crab to eat, you can supplement their diet with dried seaweed and some additional meaty foods