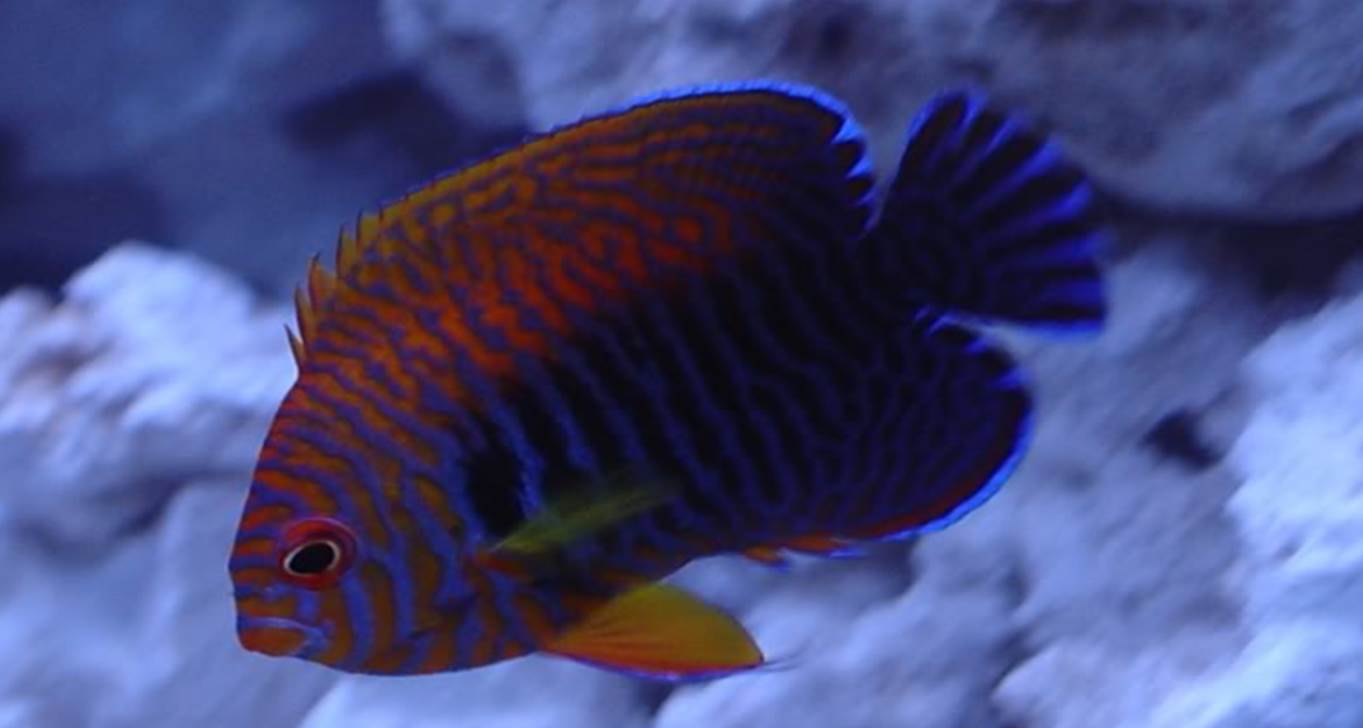 The potter’s angelfish is a very nice looking dwarf angelfish which is what attracts many hobbyists to keeping them.  Its body is a very vibrant orange color that has dark blue coloring running along the body as well with a grey to silver colored line pattern overtop.  The fins are typically a dark blue color with a slightly lighter blue edge. 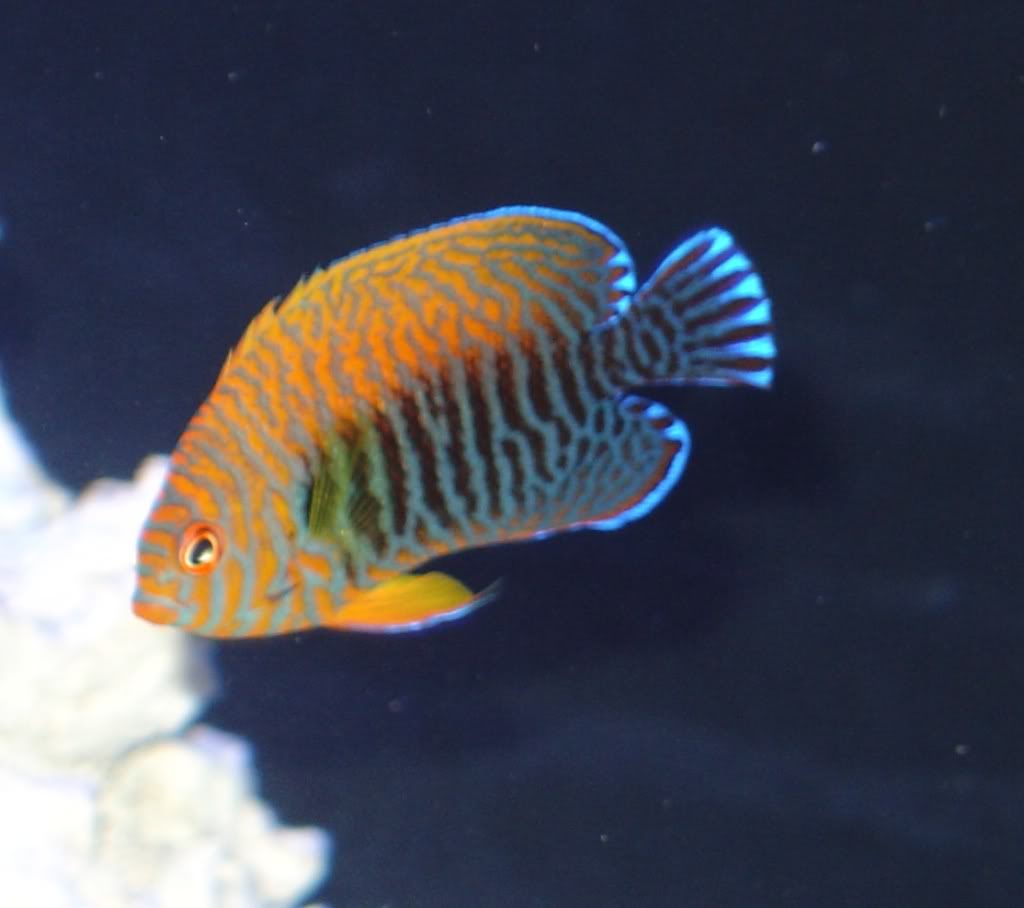 The potter’s angelfish is a very active fish that would need at least a 55 gallon tank with live rock that provides multiple hiding spots for the potter’s angelfish to go to when it feels threatened.  A 75 gallon aquarium would be a lot better for this fish. They will also need to be placed in a mature set-up as they need lots of live rock to pick at.  Use caution and carful observation when adding this fish to a reef set-up.  Some of them have been known to nip at soft corals (like zoas) and some LPS corals with soft outer tissues (like brain and donut corals).  This risk can also be reduced when the potter’s angel is added to a mature set-up with different types of algaes for the fish to pick at and eat.

I would refer you to the below article for the typical water conditions that a potter’s angelfish will do best in.  As with most fish that are moderately hard to keep, you must provide good and stable water conditions for their long-term health.

The potter’s angelfish is an omnivore.  They will do best when offer a variety of meaty foods as well as marine algaes.  Marine flakes or pellets made from marine algaes are also good foods to offer.  Feeding the potter’s angelfish prepared foods for marine angelfish will also benefit them. They will also spend most of their days picking at the live rock in the tank eating different types of algaes as well as pods and other little critters that develop in a mature set-up.