These are one of my preferred choices for a cleanup crew in my aquariums. The Spiny Star Astraea has smaller projections along the bottom edge around their shells.  This can give them a “Star” like appearance when looking down on to their shells. 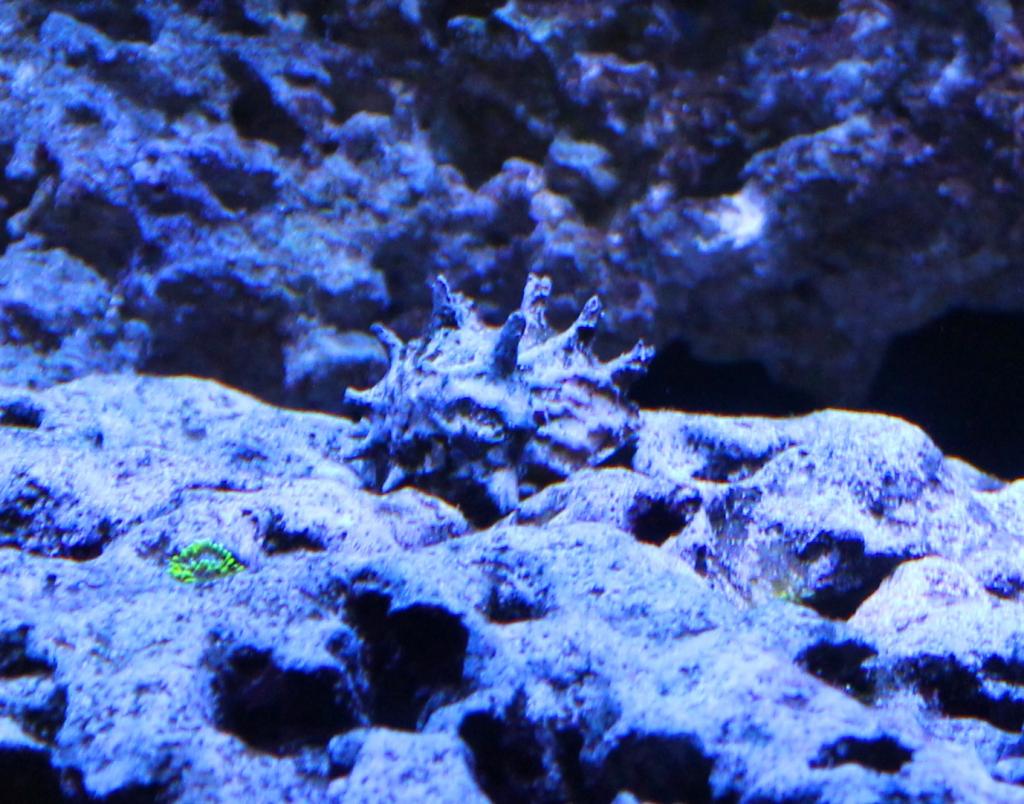 Spiny Star Astraea snails are omnivores, their diet will consist of: phytoplankton, especially hair algae or filamentous algae, cyanobacteria and diatoms. They will do best in an aquarium with lots of green algae for them to eat.  Spiny star astraea snails need to eat a lot of green algae growing in your aquarium as the biggest part of their diet.  This would include all types of green algae and hair algae. If the algae level drops to the point of there not being enough in the aquarium for this snail to eat, you can supplement their diet with dried seaweed.

As these snails crawl around on the rocks, it can be common for them to fall off the rocks sometimes.  If they fall off a rock and land on their shell (on their back), you will need to flip them right-side up as they cannot flip themselves back on the foot.

Posted in Invertebrate Profiles | No Comments